The thing about street cred... 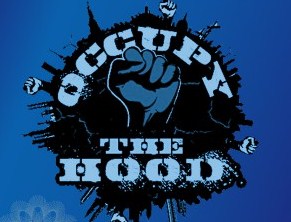 My husband wrote a funny blog yesterday about being from Glasgow. Apparently, being "from" Glasgow gives you serious street cred. I've only been to Glasgow once and it seemed ok, but apparently, back in the day, it used to be a scary place filled with dangerous street gangs and hooligans.

Now, my husband is a pretty refined guy on the surface. He is charming, has a wicked accent, devilish good looks and impeccable manners. But, I know another version. I've known him a long time and have seen him in every situation you can imagine and have never doubted his ability to take care of himself. To be honest, I can totally see his 14 year old self running amok through the streets of Glasgow with his mates, smoking cigarettes and throwing beer bottles at the drunks, earning his street cred.

This got me to thinking, though. What qualifies as street cred? I've lived in some shady places, but none that would be labeled as "gritty" or "dangerous" or even the wrong side of the tracks. Still, I think I am pretty street smart. I spent a large portion of my childhood in a small town 20 miles north of Philadelphia fending for myself. It wasn't totally derelict, but it wasn't as nice as Philly. I had some cousins from New Jersey. Now they had street cred. They actually scared me a little. They were older and would sit with my Dad and tell stories about their teen-age years in Philly and Moorestown (NJ) in the 60's (my Dad was really young when he had me).

Some of these stories seemed unbelievable. One cousin talked about how annoying it was to live near the Burlington Bristol Bridge. They get "jumpers" you see, and they don't always make it into the water. Ugh. Gross. My Dad once told a story about how on his way to work one morning, he saw a severed arm in the street. He called the police to report it and they asked him if it was a left arm or right arm. Apparently, it does matter. The gangs send messages to their rivals, and a left arm means something totally different from a right arm.

I've been mugged once. That should give me some street cred. A naked man once asked me for directions when I was walking to my friend's house. I was only 7 or 8. I guess that qualifies my neighborhood as a bit dangerous, thus qualifying for street cred-ness. What do you have to do to get into this club? I was actually suspended from school in the 7th grade for fighting. Snap, that should get me lifetime membership right?

Now I have these two amazing boys who have never lived anywhere "tough" - unless you count the weather in South Dakota. They've never been harassed by the local druggie, beaten up by the local bully or brought home by the local cops. They've got no street cred. I still think that they would dominate in the Hunger Games, though. If you can get street cred just from "being" from somewhere then it doesn't really count. You have to "live it," baby.

Posted by Noble Glomads at 6:10 AM