American kids with a bit of Kiwi

I have American kids. I am very proud of my family's history and though our geneaology before hitting America in the 1740's is sketchy, my side of the family have deep roots in the USA.  So, when I married and immigrant (gasp) straight off the boat, it was a bit of a shock. Of course, since he was Scottish, he was immediately welcomed into the family. The Scots are their favorite foreigners. Now that he is an Americn citizen, our little family is 100% American. Or so I thought. 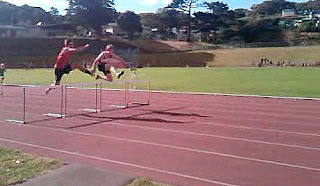 I took Morgan to an athletic tournament this week and laughed when I realized he's becoming just a wee bit Kiwi. He can master the Maori accent and has adopted the rough and tumble no worries attitude. He is giant compared to the rest of my side of the family standing 6'2" and weighing in at 175lbs at 15. His Rugby coach says he'll be a legend this season before we head back to the USA. He liked that. He chose Rugby again over soccer this season and can now even play Cricket, which will benefit him when we move to Inida next year.

I am not sure if my kids see it as a benefit just yet but having the opportunity to immerse yourself into a culture for 2 years is an amazing gift. You get a full understanding of the culture and have enough time to explore the different areas knowing that you are still an American with all of the advantages that come with being American. You always know in the back of your mind that if it doesn't work out or if you don't like it, you can always go home. 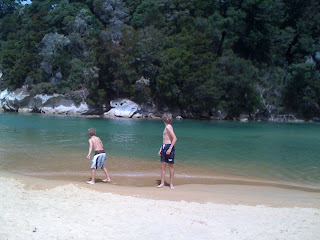 One year later running the Wellington Marathon at 14. 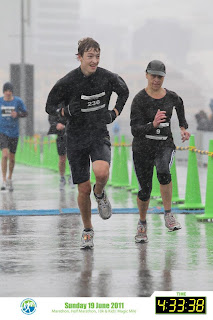 In Morgan's case, he has thrived here. He went from a skinny 13 year old kid to a mature and solid 15 year old young man. Not only has he grown 5 inches but he has gained almost 60 lbs. And, it's not just the physical changes. He has mellowed. He has become interesting in a grown up kind of way.  He is not cocky or boastful but sure of himself and confident. He never disrespects us or challenges our authority and even seems to enjoy our company most of the time which delights me. I am waiting for the day that I all of the sudden become a tiresome idiot who cannot be seen with him in public.
Ewan too has changed but in more subtle ways. He hasn't had the massive growth spurt yet that Morgan has but it's coming. Hopefully he will hit it when we are back in the USA where the groceries are a bit cheaper :)  Ewan is still very much an American child but has dived head first into the Kiwi Sports scene. There isn't a sport that he's not willing to try. He has made the travelling soccer team again this year but decided not to join the school team since most of the games will be played just after we leave. That's a bit disappointing especially since the team will be going to Australia this year to compete. This year however, his classmates are going on a week long camp into the Waitomo Caves, he asked to skip it. Not quite as adventurous as Morgan but I'm not sure I'd be keen on it either. Can you imagine 80 American 12 year old boys on a week long camp into caves? I'd hate to see the liability waiver on that one. They do this every year for every grade. It's amazing. 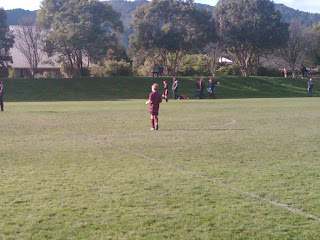 Yes, my all American boys have a sprinkling of Scots and touch of Costa Rican and Kiwi but their roots run deep and the knowledge and experiences they gain on this incredible journey will only make them better Americans.
Posted by Noble Glomads at 4:28 AM